Test All The Things

You can run Cypress tests while writing your Gatsby blog. Just install Cypress as a dev dependency and start testing! Assuming Gatsby is installed:

Instead of hard coding the blog post url, drop it into cypress.json file

Drop some tests into the cypress/integration/spec.js file and click on it. Here is an example test that opens the site, checks the title and takes a screenshot.

Start Gatsby in one terminal npm run develop and Cypress in another terminal with npx cypress open and see the test. 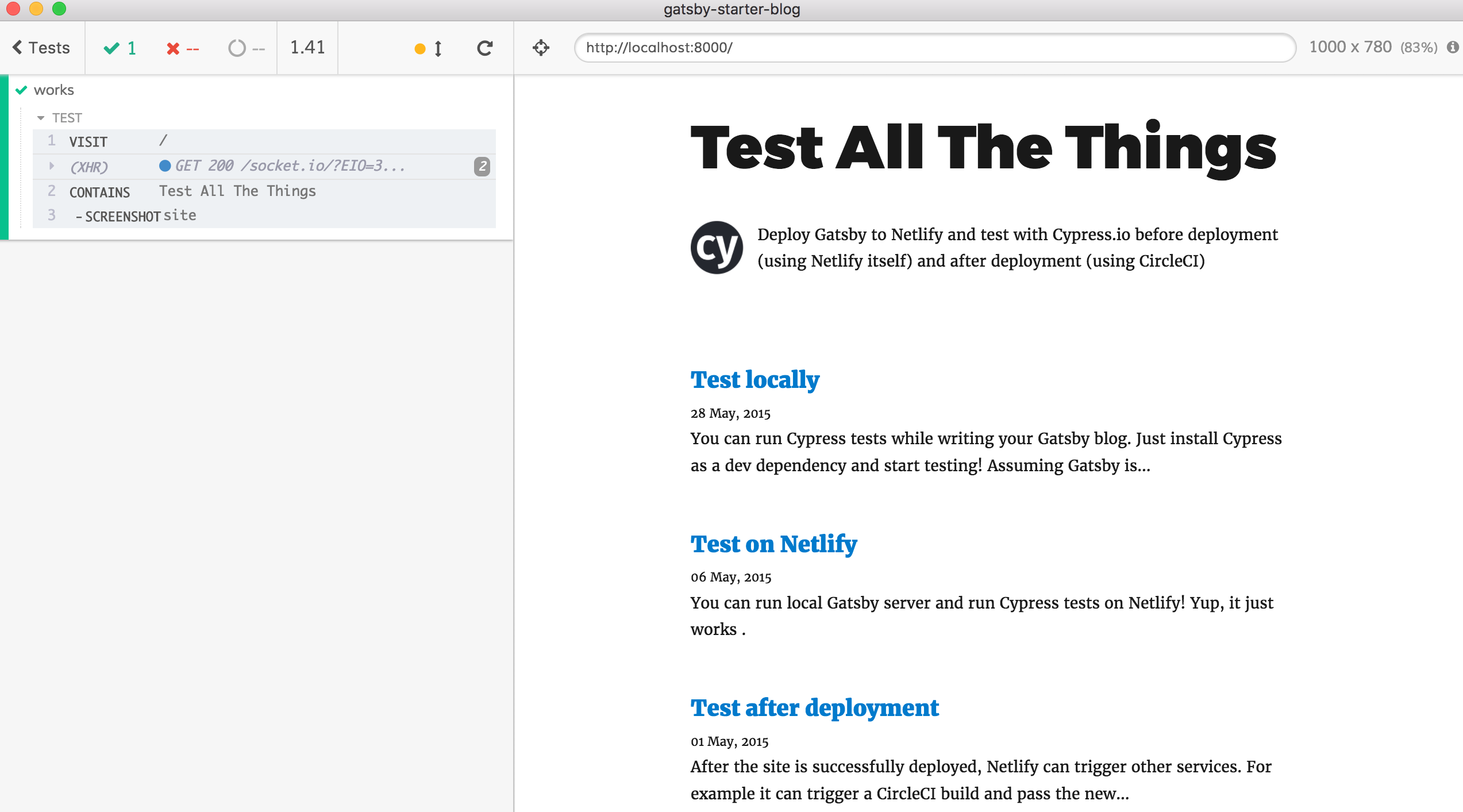 To run tests headlessly, we need to start Gatsby, wait for it to process files, and run Cypress tests. I wrote a little utility start-server-and-test to simplify these into a single shell command. Here are the script commands in the package.json to test the blog before deploying.

So when I run npm test it starts the server, runs Cypress tests and closes the server.

Tip if the terminal stops echoing back keys as you type after running these tests, run shell command reset to get it back.